Hey, everyone! I just finished reading the book "Lies" by my friend, Oliver Dahl. Here's a little bit about the book:
"Salem Massachusetts, 1692: Tituba curses two young girls, but Ann Putnam Jr. isn't one of them. In order to help save her friends, Ann develops a plan to accuse the remaining supposed witches of Salem. As the death count rises, each lie buries her deeper and deeper under a curse of her own doing. This tragic experience of guilt, abuse, power, and love gives a first-person view into the spine-chilling months where neighbor turned on neighbor at the word of a little girl."
My Thoughts:The Idea:
I loved the idea. I have always been fascinated by the Salem Witch Trials, so I was very eager to get my hands on this book. It did not disappoint in providing historical details that I appreciated. I recently saw both the plays "The Crucible" and "Afflicted: Daughters of Salem" so I was in the right mood to read this.
The Characters:
I would have liked to see a little more of the cast of characters, but I did feel that I knew the ones that were fleshed out. I understood Ann's actions, but did not support them.

The Plot:
The plot was good! It kept me reading. I wanted to see if Ann would change her mind and how that would happen. I read it in a very short amount of time.
The Setting:
I loved the setting. Salem in 1692. Pretty cool! The writing kept me in the time period as long as I read it, so I felt that was nicely done.

Overall:
I liked it and would recommend it! I think it would be better for a younger audience, but I still enjoyed it and think older readers could, also. 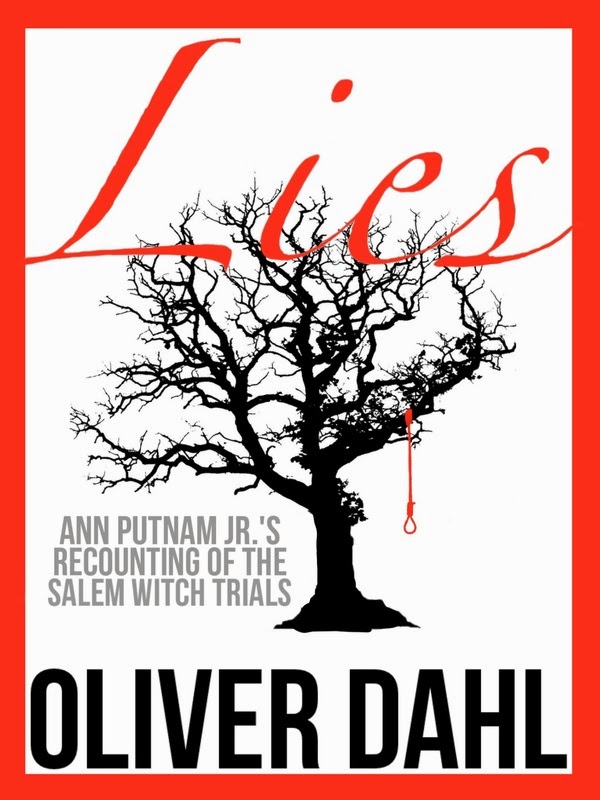 About the Author:
Born in 1998, Oliver Dahl is the oldest of five children and lives in Idaho. Previous to finishing middle school, "The Dreamers" had made Oliver one of Idaho's Top 50 Authors (2011) & its 2012 Student of the Year. Both "The Dreamers" and its sequel have spent time at the top of Amazon Category Bestseller lists. Oliver enjoys reading, blogging, vlogging, and laughing at his own jokes. He has twice as many Oscars as Leonardo DiCaprio, and has won the Tour de France as many times as Lance Armstrong. You can learn more about Oliver and his Oscars at www.oliverdahl.com
Posted by Unknown at 12:00 AM